His parents were Johannes Van Deusen and Christina Delamater.  His mother was a descendant of Major Dirck Wessel Ten Broeck, Indian agent at Albany for 20 years, recorder at Albany for many years, former mayor of Albany and owner of 1/7 of the Saratoga Patent. Dirck Wessel also purchased large areas of land in what is now Columbia County.

The Revolutuionary War marked his early adult years. During the War of the Revolution John J. Van Deusen fought side by side with many of his relatives in the Eighth Regiment, Albany County Militia, under Colonel Robert Van Rensselaer. On April 6, 1787, he was commissioned as Ensign in Capt. Kemper’s Company of Colonel Henry J. Van Rensselaer’s Regiment, and in 1797, John was commissioned Lieutenant.

His father Johannes T. Van Deusen was said to have been Chairman of the Committee for Safety at Claverack during the war.

John J. Van Deusen married Fytje (Sophia) Hallenbeck (1764-1833) on Sept. 30, 1782 at the same church where he was baptized. They were apparently third cousins.  She was a daughter of William Jansen Hallenbeck and Maria-Marya Dirckse Spoor. Sophia (Fytje) was baptized March 11, 1764 at the Dutch Reformed Church of Linlithgo, Livingston, now Columbia County, New York. 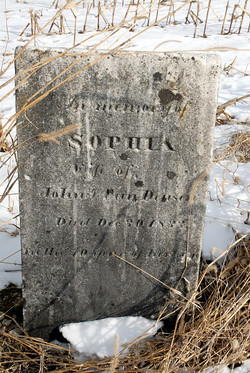 John J. Van Deusen and Fitje Hallenbeck are buried at the Spook Rock burial ground on land that was once Van Deusen farmland on the border of Greenport-Claverack, New York.